Mobile Cloud Gaming is a dream yet to be created for users. Users are lagging in running cloud games because of non-uniformity of internet. We are observing a serious yet positive change in the game development company for mobile games. As a result, users desire more instant and on-demand game-play instead of low latency and internet exhaustion.

Cell phones are also called as a portable PC. Currently, we can see the rise of smartphone devices along with broadband wireless networks. Mobile games market is also growing along with the next generation mobile phones, attracting younger as well as older generations.

Some major advantages that we see of MCG are:

(i) Player can stream the game from anywhere with an internet connection.

(i) Cloud can be held responsible for both complicated part such as rendering and computing.

(ii) It might protect the phone from draining battery life to a certain extent.

(i) Games can have both unlimited compute and open storage resources as the cloud will be responsible for it.

While keeping these things in mind, there are few drawbacks which includes –

(i) The first requirement of an open source gaming is to have a strong network connection which might not be available everywhere you go.

(i) This is one of the major drawbacks, it requires cloud server to transmit real-time video frames which ends up as most bandwidth consuming types of traffic. Thus, this will affect gaming experience by poor network quality of service.

(ii) Installing WAN such as 5G, 3G, 4G, LTE may be an economic burden for few countries which will reduce the number of players’ interest on Mobile Cloud Gaming.

We can easily define MCG as Netflix® or Amazon Prime® for Games.

The inherent restrictions amongst the phone in an older generation such as limited battery lifetime and computational capacity are no longer a threat to mobile gaming industry. The architecture of mobiles which includes faster processor, high speed RAM’s and fast touch response has reached its peak in 2019 and there is no looking back for the mobile industry. We limit mobile phones to entertainment, calling and messaging but it is also the source of social activities, videos, games, and applications which has made their mark.

Mobile gaming is expanding and creating something which is not only visually appealing but also making a mark in the technology field such as AR and VR. Downloads of mobile games are blooming rapidly, enabling Player -to- Player real-time interactions. Some next level of development from the mobile gaming community are #D graphics, better rendering technologies, gaming scenarios becoming more vivid, and ultra-realistic games are just some examples.

Embedded sensors such as Accelerometers, GPS, Cameras are being used to provide more flexibility towards gaming user interfaces.

All the above does comes with some challenges in mobile game development, to name a few

A potential solution to these challenges is Mobile Cloud Computing / Mobile Cloud Gaming. A well-known term ‘Cloud’ has created a buzz in today’s world. We consider cloud to provide unlimited storage and computational resources, which support various types of services for cloud users. According to a different level of usage, IaaS (Infrastructure as a Service), Naas (Network as a service), and SaaS (Software as a Service) as created for users.

For mobile cloud computing, the main challenge is to find rich resources of the cloud to augment the functionality and prolong battery life through better energy efficiency. As all the services of cloud computing evolves, Gaas (Gaming as a Service) is emerging as a promising addition to it.

Overall, with new technological opportunities such as introducing 5G and mobile reliability, the cloud gaming world seems very promising increasing user-performance and play-ability. And even though there are a few roadblocks to deal with, mobile devices do not seem to stop as they have entered to a new era in gaming.

Share your thoughts in this topic of Mobile Cloud Gaming and learn more about mobile games and mobile game testing services here at Spawn Point. 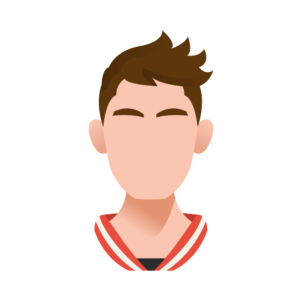 Subsrcibe us now to get the latest news and updates

Subsrcibe us now to get the latest news and updates